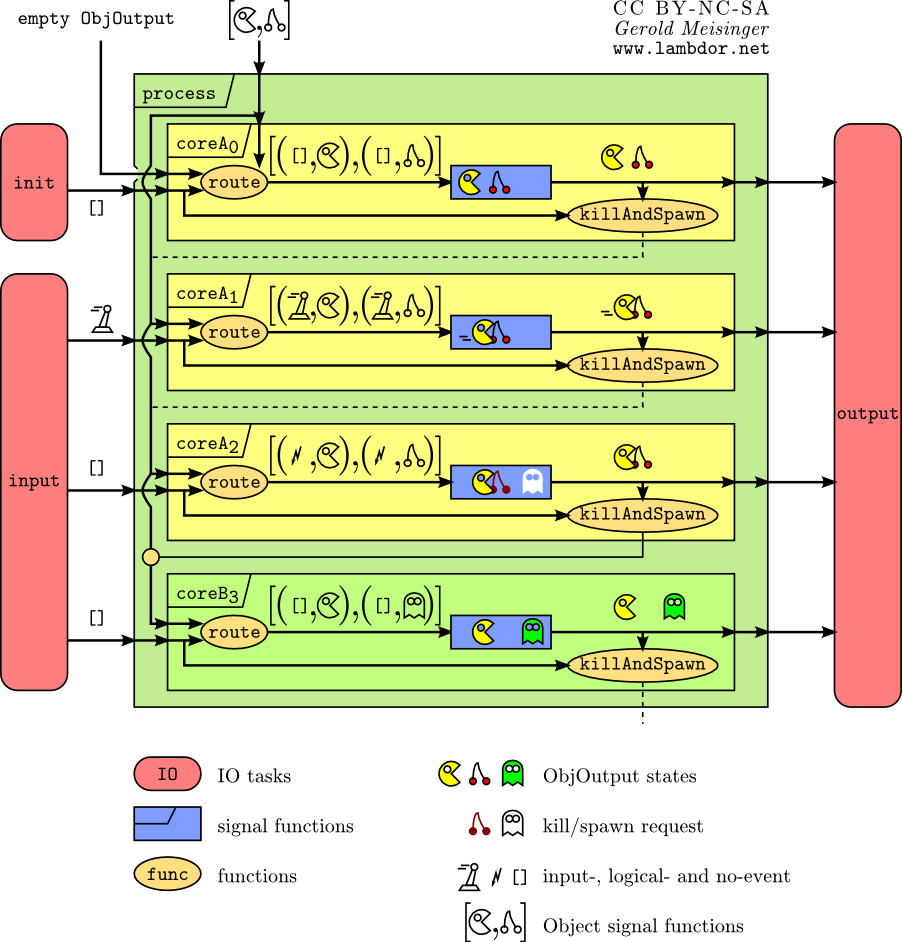 For me as a Haskell beginner the biggest problem in understanding Yampa reactimate was how the objects are actually passed around and transformed as all the signatures are very, very… very generic. This diagram shows an example scenario staring Pacman (the player), a cherry (enemy trigger) and a ghost (the enemy).

(I didn’t really know how to illustrate the recursion of core.)